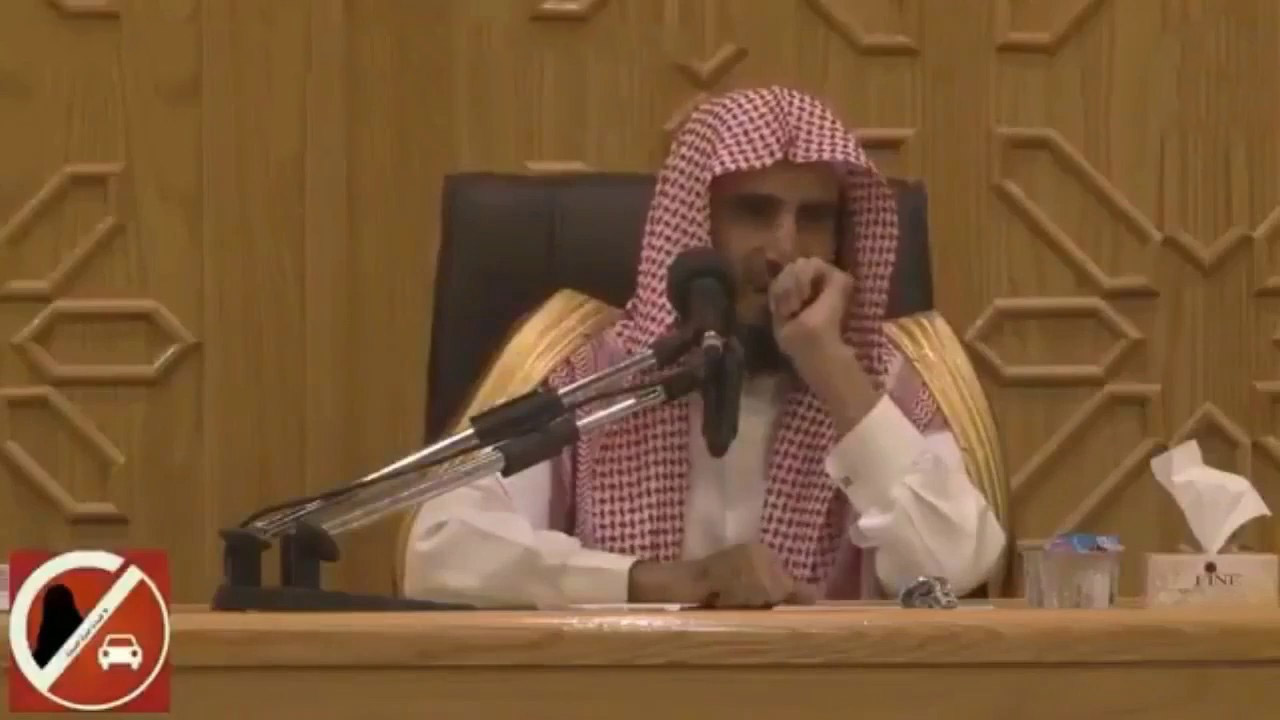 It’s been a while since I had a “this one takes the cake” post but… this one is too good not to share with you!

Saad al-Hijrim an Islamic clerk, was suspended from all religious activity by Saudi Arabia official after he claimed that women’s brains shrink “a quarter of the size” of a man’s brain after they’ve gone shopping…

Hijri is identified in the video as the head of the religious edicts department in the southern province. He asked what the traffic department would do if it were discovered a man with only half a brain.

‘Would it give him a license or not? It would not. So how can it give it to a woman when she has only half?’ he said.

‘If she goes to the market she loses another half. What is left? A quarter… We demand the traffic department check because she is not suitable to drive and she has only a quarter.’

Social media, apparently, is HUGE in this country and an onslaught of outrage ensued. Twitter users shared the video, many criticising about his remarks, under the Arabic hashtag ‘Al-Hijri_women_quarter_brain’.

Saudi activist Walid Dhafiri said: ‘When a woman becomes a phobia in male societies, do not e surprised to find someone describing her as a ‘”quarter of a mind”‘.

While that sort of thinking is becoming more and more unpopular in the kingdom, there is still a big battle ahead for the types of rights and privileges we enjoy here in the United States of America.

Take Sheikh Ahmad al-Ghamdi as one example… Ghamdi is the former head of the Holy City of Makkah’s branch of the Saudi Committee for Promotion of Virtue and Prevention of Vice (commonly known as the Religious Police). Not too long ago he publicly stated that women should not have to cover their faces and that women should be allowed to drive (yeah they can’t drive in that country).

A very controversial thing for anyone there to say, let alone the former head of the “Morality Police”.