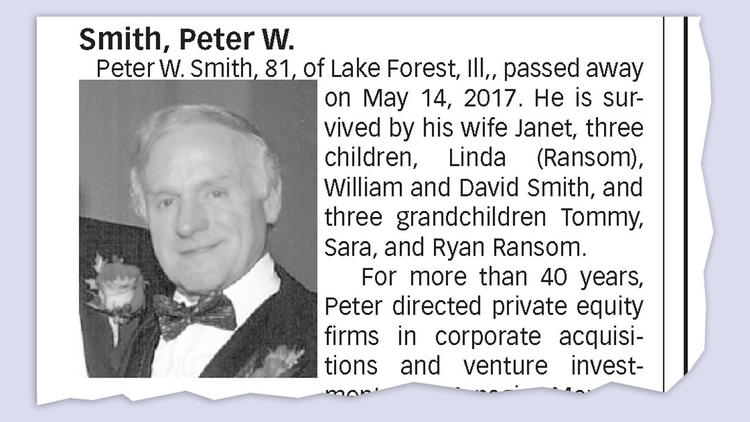 The day before Peter Smith allegedly committed suicide, he spoke to a Wall Street analyst and stated that there were no indications that the anti-Clinton political investigator was going to take his life.

“He may have been a fantastic actor but I certainly didn’t leave that phone call saying, ‘oh shit, the guy’s at the end of his rope,’” Charles Ortel, a Wall Street investment banker and market analyst, told The Daily Caller News Foundation’s (TheDCNF) Investigative Group.

“This does not seem like a settled story. It made perfect sense to me he might have died of natural causes, but little chance he would have killed himself,” Ortel said.

As written for The Daily Caller by Richard Pollok:

Ortel and Smith shared a common interest in the Clintons. Ortel has dug deeply into the financial operations of the Clinton Foundation. He first came to public attention in 2007 by exposing questionable accounting practices at General Electric.

“We had countless discussions,” Ortel recalled of his relationship with Smith. “He was using his unique decades of experience in politics to offer me advice how to expose the Clinton Foundation.”

The Chicago Tribune reported Thursday that the Minnesota death record states Smith committed suicide in a hotel room May 14.

The investigator’s death came only 10 days after a Wall Street Journal interview by investigative reporter Shane Harris, who focused on Smith’s attempts to locate 33,000 emails deleted by former Secretary of State Hillary Clinton before she surrendered her email server to federal authorities.

The Tribune reported that Smith was asphyxiated. “He was found with a bag over his head with a source of helium attached.”

Prior to Thursday’s revelation, it was assumed the 81-year old political investigator had died of natural causes while at the Mayo Clinic.

Ortel vigorously dismissed the allegation that Smith took his own life. Ortel, who may have been the last person to speak with Smith prior to his death, told TheDCNF there were no indications the wealthy Chicago businessman was about to commit suicide the next day.

“It was a friendly chat,” Ortel recalled of the phone conversation that occurred May 13. “But it certainly wasn’t the kind of chat where a person might go out and purchase two helium canisters and put a bag over your head.  That made no sense,” Ortel said.

According to the death certificate, Smith died at 1:17 pm Central Time on Sunday, May 14.

Ortel said Smith did not appear depressed or give any hints he might be on the verge of taking his life.

“Absolutely not,” Ortel said. “He was excited to learn the particulars of a project we had been discussing.”

Ortel said he was concerned about Smith’s overall health and asked him about it.

“On this final call, I had to ask him, saying ‘Look, I want a straight answer, are you OK heath-wise?’  And he said, ‘well I’ve been dealing with some problems. I’m up at the Mayo Clinic.’  So that’s what he told me.’”