WHOA! Russia Makes An INSANELY BOLD Move With Against U.S. 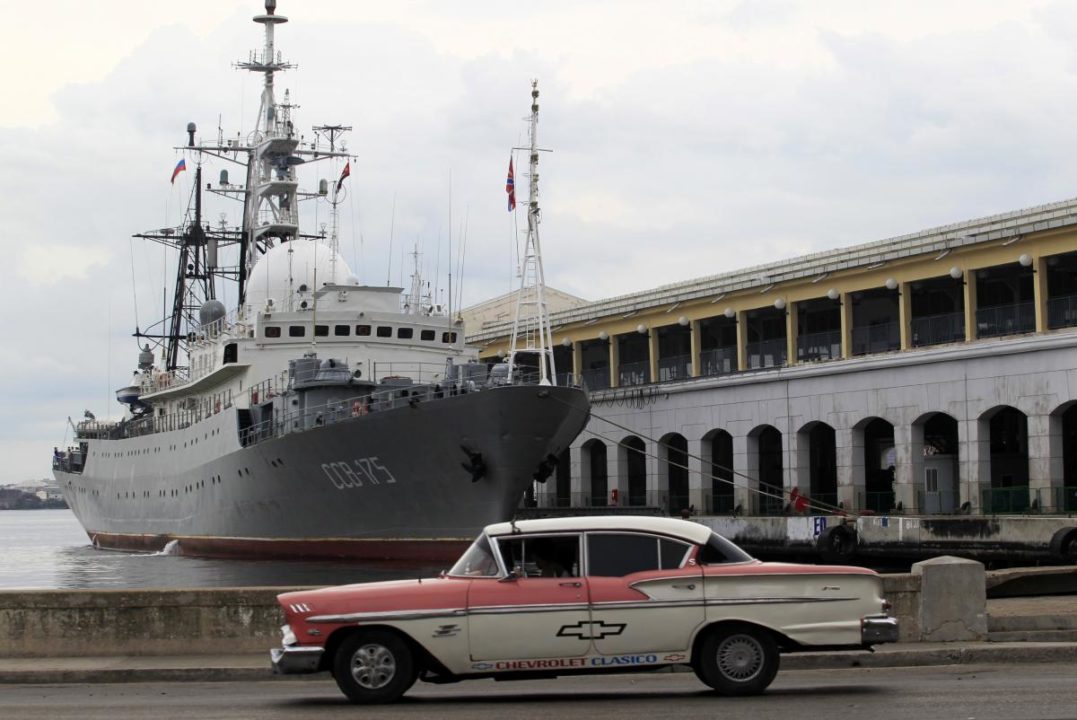 The Russian spy ship, the Viktor Leonov has been spotted just 100 miles off the coast of North Carolina near the city of Wilmington. The ship had been seen at the capital of Trinidad and Tobago.

The military stated that they were monitoring the ship using  the destroyer USS Cole and other naval assets. The ship is equipped with the most modern high tech spying equipment and is set up to intercept radio communications as well as other methods of communication.

Although their exact destination is unknown, in the past the spy ships have traveled up the Eastern coast passing by Cape Canaveral, King’s Bay, Norfolk and New London in the past. Those cities all have Navy bases.

A second official told CNN last week that based on historical patterns the ship is likely on a four-to-six month deployment off the East Coast where it will be conducting intelligence operations.
The Russian ship routinely performs this mission.
The ship sailed along the east coast of the United States in February and March of last year, lingering in international waters just off the coast of US naval installations.
Last March, the Viktor Leonov was spotted some 20 miles south of the US Naval Submarine Base Kings Bay near the Florida border, a US defense official told CNN.
In February, the US Navy spotted the same ship sailing 30 miles off the coast of Connecticut, the farthest north it had ever ventured, according to a US defense official. The Vishnya-class spy ship also conducted similar patrols in 2014 and 2015.
Russia is getting pretty bold to come that close to our shores. And in such a high visibility ship, no less. You might expect that from a submarine which is vastly harder to locate. It might be that they are sending a message or perhaps they want to see what the US’s reaction would be. Either way, we need to take the threat seriously.
coast monitoring North Carolina Russian spy ship
Share. Facebook Twitter Pinterest LinkedIn Email