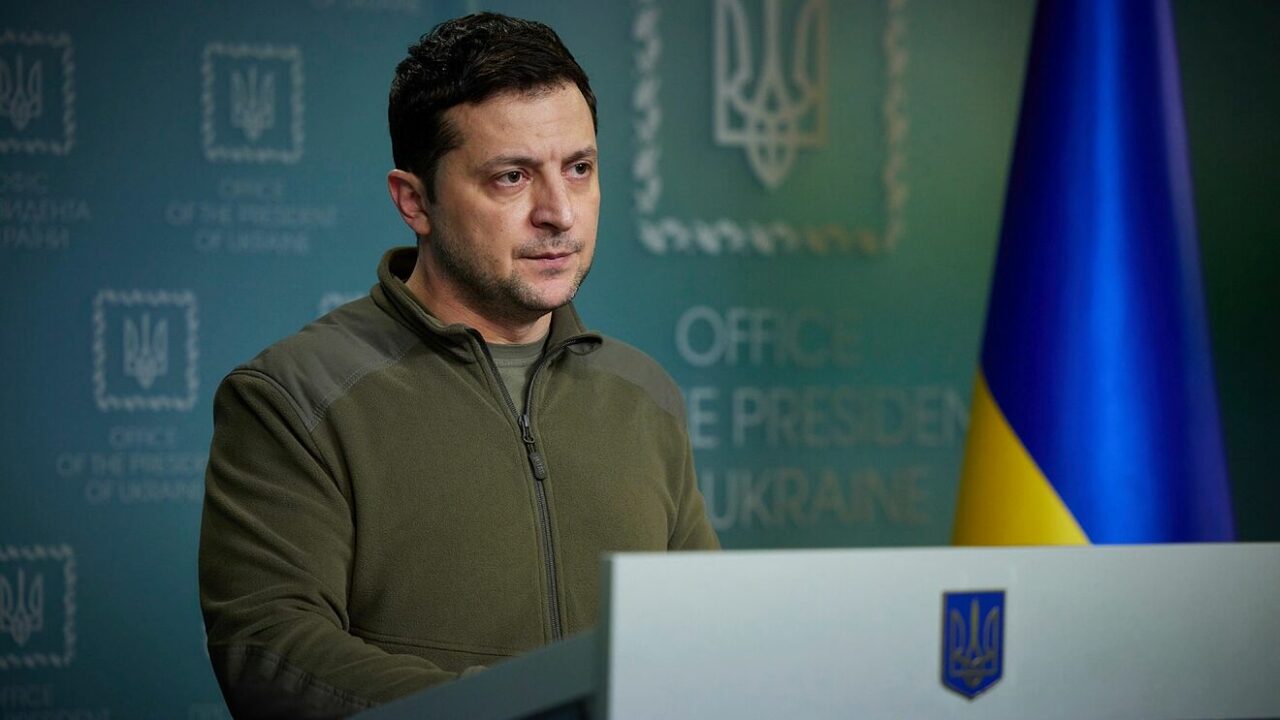 Ukrainian President Volodymyr Zelensky has come forward and stated that the world should be ready for Russia to make use of nuclear weapons as part of its continuing campaign aiming to take over chunks of neighboring Ukraine.

When speaking in an interview with Jake Tapper, an anchor for CNN, on a segment of “State of the Union,” Zelensky stated that he thought that Russian President Vladimir Putin was entirely capable of escalating things to the point of nuclear war and that Putin was, in fact, more than willing to do so as well.

Ukrainian President Volodymyr @ZelenskyyUa tells CNN's @jaketapper in an exclusive interview in Kyiv that the world should be prepared for the possibility that Vladimir Putin could use nuclear weapons. #CNNSOTU pic.twitter.com/v97X4Wqh7m

Tapper kicked off the segment by stating the news that one Russian warship, the Moskva, had been sunk out in the Black Sea, quickly sparking a series of conflicting stories and explanations from both Ukraine and Russia. Officials from Ukraine stated that they had targeted and hit the Russian warship with a missile strike, but Russian news sources claimed that it had been an internal fire that had resulted in an explosion that had sunk the ship.

“On Friday, the United States supported Ukraine’s account, with a senior defense official saying that it believes that two Ukrainian Neptune missiles hit the Russian warship in the Black Sea,” stated CNN in a report.

Tapper then pivoted this news into a question for Zelensky, positing,  “The Moskva, the one that Ukrainian soldiers told to ‘f-off’ sank. The Russians say — and the Russians are liars — but the Russians say it sank on its own. Can you offer some clarity and evidence as to what happened to that ship?”

“We know that it is gone. For us it is a serious weapon against our country. That is why the fact that it sank is not a tragedy for us,” stated Zelensky via a translator. “I want you and everyone else to know that. The less weapons the Russian Federation who attacked our country has, the better it is for us, the less powerful they are. This is all, and it is the most important thing. And what happened to it? Time will tell.”

Zelensky and Tapper then continued on to talk about the currently raging battle for the Donbas region, and this made th4e conversation t turn to just how far Zelensky thought the Russian forces would be willing to take this conflict in order to achieve their goals.

“The director of the CIA warned that he’s worried Putin might use a tactical nuclear weapon in this fight. Are you worried?” asked Tapper.

“Not only me. I think all of the world, all the countries have to be worried because you know it can be not real information, but it can be the truth,” stated the president in English, highlighting that most often the real challenge was in figuring out what information was real and then if it was accurate.

“For them, life of the people is nothing,” he stated. “That’s why we truly think — not be afraid, don’t be afraid. Be ready, but that is not a question to Ukraine, and not only for Ukraine, for all the world. I think so.”

At this point the translator from earlier took over to help with the remainder of Zelensky’s response, highlighting that no one had been expecting a large scale war to take place in Ukraine, but that the Russian had chosen to make it so by p[ushing forward. Because of that reason, he claimed, he had to think that the Russian were entirely capable of any use of force, up to and including possible nuclear or chemical weaponry.

“Now that there will be a full-scale invasion and killing of civilians, nobody expected them to invade the areas where there’s no military equipment and just kill and shoot dead a civilian population. Nobody expected that,” stated Zelensky via a translator. “But this is a fact, and it happened, and that is when Russia gives information and says, if something goes not according to plan, they can use chemical weapons and their nuclear potential. And that is why I believe these are dangerous claims of untrustworthy people. If we believe some of them are already untrustworthy, then they can use nuclear weapons.”