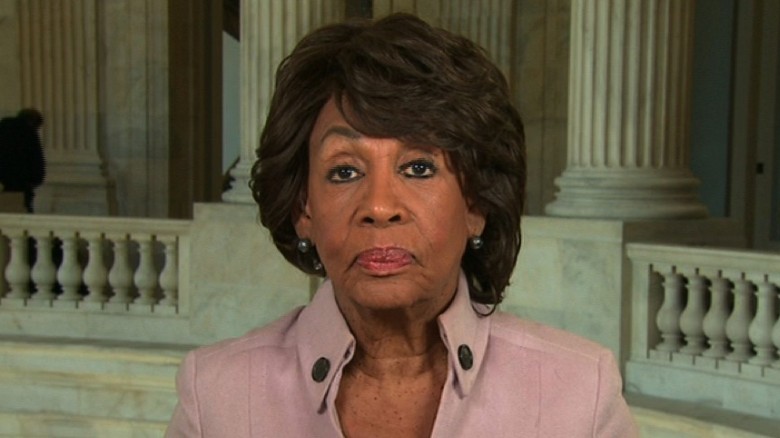 Maxine Waters blasted Chuck Schumer during an appearance with Joy Reid. She is ticked off because he said that Waters was wrong to incite violence. maybe he thinks that prison orange would clash with his eyes and his Gucci loafers.

Maybe he’s not quite as insane as Crazy Aunt Maxie. Waters says that Schumer was just protecting congressional leadership. For those of you who have been on another planet for the last two weeks, Waters is encouraging people to harass any cabinet member or staffer in the Trump administration they happen to run into. Judicial Watch has filed an ethics complaint against her, due to the fact that House rules strictly forbid that.

Waters said: “You know, I was surprised at Chuck Schumer, you know reached into the other house to do that. I’ve not quite seen that done before. But one of the things I recognize, being an elected official, is in the final analysis, you know, leadership like Chuck Schumer’s will do anything that they think is necessary to protect their leadership.”

“What I have to do is not focus on them. I’ve got to keep the focus on the children and the fact that this administration is endangering children in the worst kind of way.”

“No one should call for harassment of political opponents. That’s not right. That’s not American.”