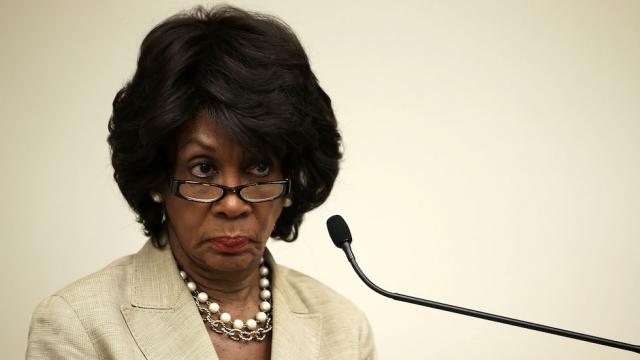 Maxine Waters may not be notable but she is quotable, at least by anyone who appreciates a good laugh. There are two amazing things about Waters. First, she thinks she is consequential and secondly she thinks people will follow her.

Actually the second part could be right. People will follow her….out of morbid curiosity. The same way people will follow a drunk driver so they can see what he or she will hit. It might not be fair to compare Waters to a car accident. She is more like a train wreck where everything goes off the rails. The following is a compilation of her most inane quotes.

“I have to march because my mother could not have an abortion.”

“And the fact that he is wrapping his arms around Putin while Putin is continuing to advance into Korea.”

“Why do you think [Russians] hacked into our election? Because they have to make sure that Donald Trump got elected [to take over] these Soviet countries and pull ’em back into the Soviet Union…”

“I have not called for the impeachment (of President Trump) yet. He’s doing it himself.”

“It was a sexual harassment enterprise there at Fox.”

“I am not afraid of anybody. This is a tough game. You can’t be intimidated. You can’t be frightened. And as far as I’m concerned, the Tea Party can go straight to hell.”

“So Comey told Jeff Sessions he didn’t want to be alone with Trump. Women across the country can relate.”

You may wonder how she could possibly have enough time to think up these pearls of wisdom and the answer is quite simple. She spends no time trying to make life better for the people living in her district, the one rated the worst congressional district in the entire country. You know, that’s the district she doesn’t actually live in. Her 4.3 million dollar mansion is outside her district. Also, she doesn’t waste all her time writing legislation. In 30 years, she introduced 3 bills that passed and one of those was naming a post office.