Despite reports that the US Postal Service spied on conservatives, Democrats in the House of Representatives have done nothing to investigate the problem. 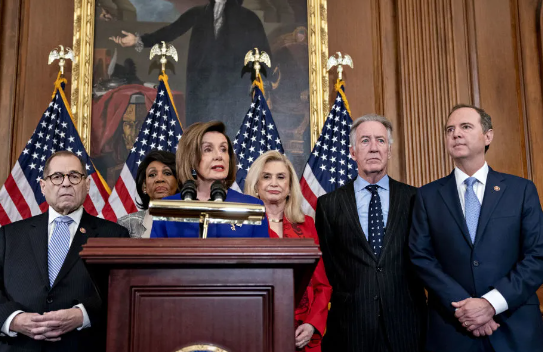 The Republican Party is concerned that the United States Postal Service (USPS) is deviating too far from its original objective of delivering mail to the general public and is instead focusing on domestic monitoring.

On Tuesday, Republicans formally requested information from Democrats in the House over a surveillance program the Postal Service allegedly uses to spy on Republicans and other conservatives. Republicans backed down, but Democrats wouldn’t.

In an interview with Fox News Digital, the USPS stated that “to protect operational efficiency,” the service does not share its protocols, tactics, or equipment used in investigations.

In 2021, iCOP sent out a report claiming they had information on militia groups that might be dangerous to House Speaker Nancy Pelosi (D-Calif.). It has been argued that iCOP tipped up law authorities on the whereabouts of protesters.

Therefore, the Postal Inspection Service’s law enforcement powers were reported to have been exceeded by the inspector general in March of last year.

In September, documents obtained from the Cato Institute suggest ICOP was employed to spy on conservative organizations and gun rights advocates hostile to President Biden. To find evidence that iCOP is biased against conservatives, Georgia Republican Andrew Clyde felt compelled to offer a motion.

The request for further information was killed on Tuesday when Democrats on the House Oversight and Reform Committee voted to report Clyde’s resolution negatively to the floor. The Republican Party tried to make the point that iCOP would allow the U.S. Postal Service to veer wildly off course, but they were unsuccessful.

How does this have anything to do with the USPS? Clyde testified before the committee that he looked into the purported activities of ICOP. Many have asked, “How much has the Postal Service spent on this program?”

Representative Jody Hice stated, “I am troubled… with the efforts taken by the U.S. Postal Inspection Service for potentially, allegedly targeting conservative-leaning individuals in the pro-life organization, various pro-life groups, or Second Amendment groups” (R-GA). If these claims are accurate, the Postal Inspection Service is “way outside their scope,” as one person put it.

Democrats agreed with the original report from the inspector general on ICOP, but they ignored the GOP’s request for further details.

Carolyn Maloney, a New York Democrat and the committee’s chair, said, “Fighting for the liberties guaranteed by the First Amendment is something I strongly feel about. I also believe we must not permit unlawful surveillance of constitutionally protected free speech activities like peaceful demonstrations.” Free expression must be protected at all costs, but the politically charged resolution under discussion today is neither acceptable nor successful.

Maloney added that to execute the recommendations given in the IG report, the USPS would conduct an internal evaluation of iCOP.

Clyde has introduced a “resolution of inquiry,” which necessitates a vote and subsequent discussion on the House floor or in a committee. No one should expect much from the idea until Democrats back it.

Several identical motions have been voted down by Democrats already this year. Despite these defeats, the next Republican majority in the House is anticipated to use them as a springboard for more stringent supervision of the Biden administration.