Half of the United States worries that the Pentagon is too progressive and political. 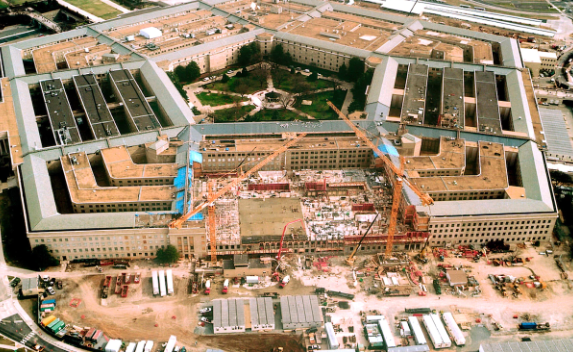 Half of the respondents voiced concern about ‘woke’ policies and procedures in the armed forces.

Fox News has received an exclusive survey showing that most Americans are concerned that the United States Armed Forces are becoming too political.

A Reagan National Defense Forum study found that 62% of respondents were worried about politicization. This was an opinion held equally by Republicans and Democrats alike.

Concern regarding “woke” activities in the military were voiced by half of the respondents (mainly Republicans), and almost half of respondents (46%) indicated that having so-called far-right or extreme persons in the armed forces made them less trust in the armed services.

The Biden administration’s imposition of “woke” habits on the military through diversity, fairness, and inclusion efforts has drawn criticism from Republicans, who argue that these policies reduce preparedness. In November, Senator Marco Rubio (R-FL) and Representative Chip Roy (R-TX) released a report that outlined a few of these instances, such as service members advocating critical race theory and anti-White views and the government paying for transgender surgeries for service members.

In part as a response to the assaults on the Capitol on January 6, the Biden administration has concentrated on strategies to challenge radical beliefs inside the ranks of the military. However, the administration’s “Countering Extremist Activity Working Group” study found that out of the 2.1 million active personnel, less than 100 had been radicalized.

The politicization of the military does not appear to have affected public opinion as a whole. Over eighty-one percent of those polled said they have faith in the armed forces, a rise of three percentage points from 2016. The military has far more public support (63%) than other institutions (33%): Congress (40%), the Presidency (40%), the Supreme Court (45%), and the Media (35%) combined.

13% of those surveyed said they would consider enlisting in the military. The Army fell short of its recruiting goal by 25 percent this year, a symptom of the overall decline in military recruitment over the past few years.

The majority of respondents believe China poses the greatest threat to the country, but as the conflict in Ukraine drags on, many are increasingly worried about Russia. The percentage of respondents who name China their top security concern has dropped from 52% to 43%, while Russia has risen from 14% to 31%.

Nearly 40% of respondents found that the planned $19+ billion U.S. financial aid to Ukraine was “about the right amount.” Two-fifths of those polled find the backing adequate, while one-fifth think it’s too much.