Republicans who opposed Kevin McCarthy’s speakership bid yet took campaign contributions from him. 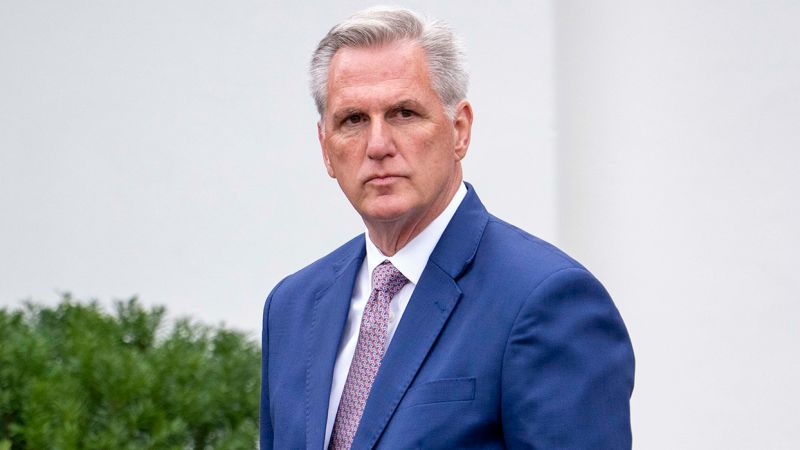 Minority Leader Kevin McCarthy and his allies contributed heavily to his campaign for House speaker, but several Republicans finally turned on the Californian.

After the Republicans gained a narrow majority in the House in the midterm elections in November, Representatives Bob Good, Andy Biggs, Matt Rosendale, and Ralph Norman emerged as formidable opponents to McCarthy’s leadership. All four congressmen have gone on record saying they will oppose McCarthy’s candidacy as House speaker, citing ideological disagreements and requests to undermine the speaker’s post as their key motives.

Virginia Republican Good stated, “I have seen nothing from Kevin McCarthy in my first two years in Congress that would give me any confidence that he’s the appropriate candidate to lead us in the fight that we must conduct to restore the country.”

Rosendale concurred, stating he would back McCarthy only if the House’s procedures were drastically altered—what he called “serious circumstances.”

As the newly elected Republican senator from Montana, Matt Rosendale, said in 2020, “Kevin McCarthy isn’t willing to make such improvements.” He likes the current arrangement because it allows him and his select few to maintain a monopoly on power.

McCarthy is in a good position, but his opponents have shown no qualms about receiving money from him and his supporters. McCarthy’s political action committee, Majority Committee PAC, has donated to all four candidates: Good, Rosendale, Biggs, and Norman.

In 2022, when Good, Rosendale, and Norman were all seeking reelection, the group paid each candidate $10,000. The Majority Committee PAC gave Rosendale, Norman, and Biggs $10,000 during the 2020 election campaign.

Biggs has no problem taking McCarthy at his word and taking a monetary gift.

If you can’t take someone’s money and still say no, you shouldn’t be in politics, he said Fox News, quoting a maxim of his own.

The other legislators did not answer a question about whether or not they would return the donations now that they had rejected McCarthy’s bid for speaker. Our efforts for comment from Good and Rosendale went unanswered. According to Norman’s congressional office, the congressman was unavailable for comment before the article was published.

Rosendale and Good raised about $150,000 this cycle with McCarthy’s Take Back the House 2022 PAC, which is separate from donations from individuals.

When Good was having problems winning the general election in 2020 after unseating an incumbent Republican, CLF put over $1.8 million into the campaign. Despite being less popular than Trump in the polls, Good won the election by roughly five percent.

Rosendale, who is running for Montana’s open congressional seat in 2020, also benefited from CLF’s help. CLF invested over $448,000 in what is often considered to be a safe Republican state like Montana.

Rosendale, a former state auditor and the Republican nominee for U.S. Senate in 2018 came in second to Trump in a three-way race.

The legislators have been accused of hypocrisy by at least one Republican lawmaker for accepting campaign contributions from McCarthy while voting against his bid for speaker.

In the words of a moderate Republican in the House: “Everyone wants the leader’s support in being elected, but once they’re in Congress, they act like they did it all on their own.” “For a group that cares so much about doing the right thing, they’re not even doing that for themselves.”