The Naval Academy has officially confirmed that it did not provide any religious tax exemptions. 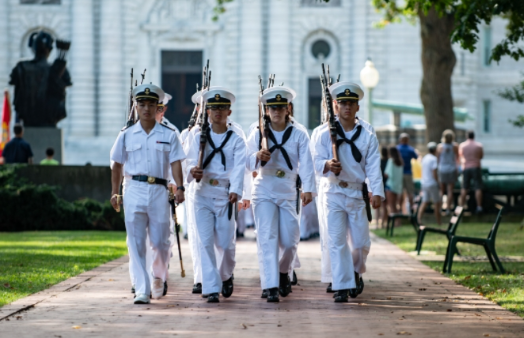 The United States Naval Academy denied claims made by Congress that it had withheld degrees from students who did not receive the required vaccinations.

On Thursday, the U.S. Naval Academy (USNA) announced that it had declined all midshipmen’s petitions for religious accommodation concerning the COVID-19 vaccine. Still, it also refuted claims made by members of Congress that existing students who had not been vaccinated had had their diplomas withheld.

Rep. Greg Steube (R-FL) and other Republicans in the House and Senate wrote to Naval Vice Adm. Sean Buck on Tuesday to inquire about the number of vaccine waivers given by the U.S. Naval Academy.

When all military branches struggle with recruiting and retention, the lawmakers said that refusing degrees to otherwise eligible midshipmen would be a waste of the country’s four-year investment in those people and would harm military preparedness. A current USNA student and Steube constituent told him that their request for religious accommodation was denied, and as a result, they were not awarded a certificate.

Eighteen midshipmen requested religious exemptions, but none were granted, Buck said in a letter to the congressman on Thursday, a copy of which was acquired first by Fox News Digital.

Buck said in a letter dated December 1 that “no religious exemptions have been granted to yet.”

Despite several requests for a religious exemption from the COVID-19 vaccination from Naval Academy cadets, Steube reports that not a single one has been granted. “My constituency has been informed that owing to her status with the COVID-19 vaccination; she will not be able to graduate and obtain a diploma. The Navy only detains them until the order against the separation of naval personnel is removed.”

On Thursday, a USNA official refuted rumors that any midshipmen had been denied a commission.

Cmdr. Alana Garas stated that no midshipmen have been expelled or refused a commission for refusing the COVID-19 vaccination. Many midshipmen have requested an exemption from receiving COVID-19 immunization on religious grounds.

A district judge imposed a preliminary injunction earlier this year, delaying the Navy’s ability to segregate unvaccinated service members requesting religious exemptions. This case, which has evolved into a class action suit, is still being heard by the judges.