There's been a lot of controversy over the New York Public Theater's rendition of Julius Caesar which has a modern "Trump" twist. Now Corey Stoll, the actor who plays the assassin Marcus Brutus, is whining about the final show stating that he "exhaled and sobbed" due to pro-Trump protesters repeatedly interrupting the performance. 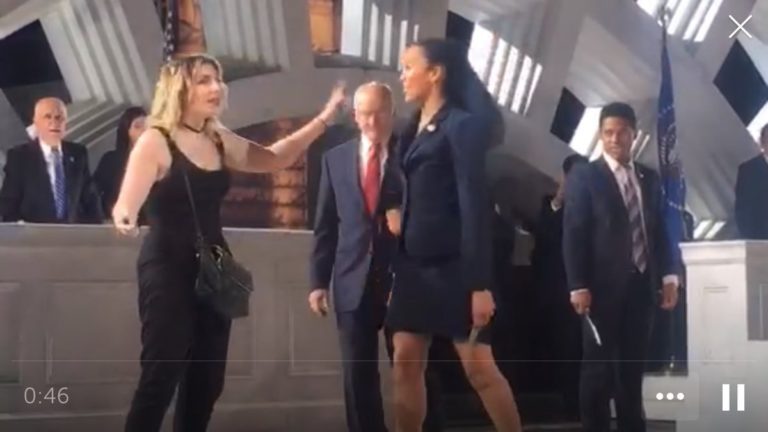 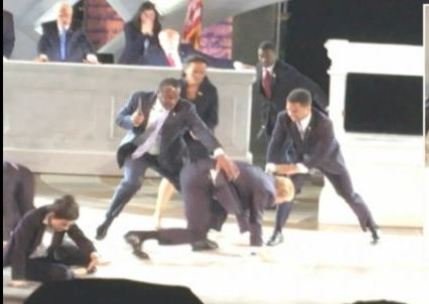 Corey Stoll, the actor who played the assassin Marcus Brutus in a New York production of Julius Caesar that was repeatedly interrupted by pro-Donald Trump protesters, has written of the fear such actions engendered among a cast left “exhausted and nervous” by the time of the final show, in Central Park last Sunday.

The interruptions escalated when Loomer took to the stage, although Stoll said the actors were met with a “thunderous standing ovation” when they decided to simply continue the play.

“In our last two performances, the security increased again, and the moment before the assassination became meta-theatrical,” he wrote. “As the conspirators covertly moved in on Caesar, I wondered how many eyes were on us, at the same time, waiting for their own cue?”

By the final show, Stoll said, the cast was “exhausted and nervous” and security again had to deal with a protester, who attempted to invade the stage and shouted “I’m sick of your bullshit!.” Stoll said that after the show he “exhaled and sobbed” backstage.

It's funny how these "actors" like Kathy Griffin and these of the New York Public Theater can apparently depict their "art" in the form of killing the President of the United States but can't seem to handle it when conservatives confront them. It's typical Liberal Left 101 grade a CRAP. Their way or no way. They can dish it but they can't take it.

What do you think? Do you think what they're doing should be acceptable?