Director of the FBI, James Comey, has already turned down an invitation to testify before the Senate Intelligence Committee. It is assumed that it would have been a closed door meeting. Many are convinced that it was a great decision on Mr. Comey's part. Now he has offered to testify before Congress if it is an open hearing. What does that mean? Will there be Hillary questions as well as Russian questions? The world wonders. 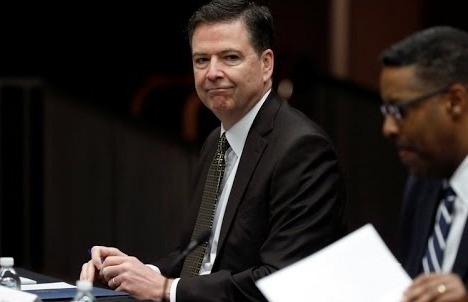 As Written By Sandy Fitzgerald for Newsmax:

Ousted FBI Director James Comey is willing to speak with Congress, but only if the testimony is not behind closed doors, according to a source close to him.

Comey had been invited to speak to the Senate Intelligence Committee next week, but turned down the invitation hours after President Donald Trump tweeted a warning to him that he "better hope that there are no 'tapes'" before he started "leaking to the press."

But, The New York Times reports, Comey is willing to speak if his testimony is made public.

So far, Comey has only responded to his sudden dismissal through a short letter to his former colleagues,  in which he wrote that he has "long believed that a President can fire an FBI Director for any reason, or for no reason at all. I'm not going to spend time on the decision or the way it was executed. I hope you won't either."

Source: Comey Only Willing to Speak With Congress Publicly

Top Democrat Reports Biden 'Not Running Again' For The Presidency