Al D'Amato, a Republican who represented New York in the U.S. Senate from 1981 to 1999 believes that former New York Police Commissioner Raymond Kelly, a decorated former Marine, is the man for the job of Director of the FBI. In this strong endorsement, Mr. D'Amato outlines Kelly's past accomplishments and credentials. After reading this, I am prone to agree that this is a strong choice for President Trump to consider. What do you think? 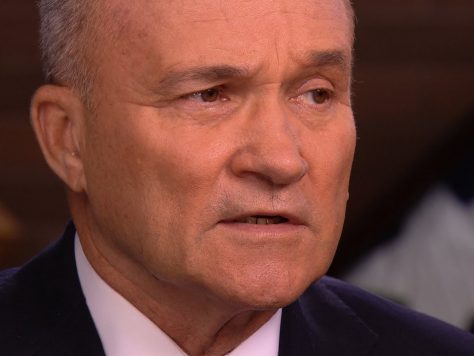 As Written By Al D'Amato for Newsmax:

President Donald Trump has both a challenge and an opportunity with his search for a new FBI director.

The challenge is to find someone who inspires confidence and who will be an independent voice of national law enforcement.

The opportunity is to put behind the contentiousness of the previous director, restore the credibility and effectiveness of the FBI, and return it to its primary mission of fighting domestic crime as well as international terrorism.

If the president wants to set the FBI on a new course, he should look beyond the current controversies swirling around this decision and set the FBI firmly on a course that will impact the real lives of the vast majority of Americans.

We are in the midst of a national epidemic of drug abuse and gang violence that is claiming the lives of thousands of Americans every year.

In Long Island, this scourge is taking the form of particularly violent gang warfare being waged by vicious gangs like M13. However, this crisis knows no geographic bounds. It is piling up murders and assaults in cities like Chicago and St. Louis, in small towns from Appalachia to New England, and in suburban communities everywhere.

This gang warfare is being fueled by an unprecedented level of drug trafficking and abuse that should be the focus of a nationally directed effort to root it out. The FBI can and should be at the center of this battle. And we should not just accept that this campaign will fall short like other earlier "wars on.......

THERE IS MORE, KEEP READING: